What Is The History of La Danza Azteca? 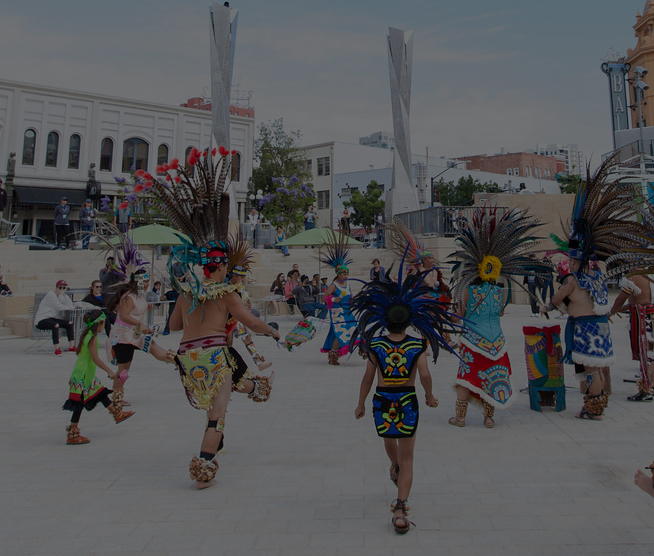 What is the Aztec Dance?

Simply put, La Danza Azteca, is a modern mystic folk/indigenous dance tradition of Central Mexico based on the cultural legacy of the Chichimec/Otomi tradition warrior tribes that lived north of the “Aztec” empire at the time of the Spanish invasion. starting in  1531, this lunar cycle prayer and dance tradition slowly spread into Guanajuato, and then in the middle of the 1700’s it arrived in Mexico City. Over the centuries, this Otomi tradition became known as “Azteca Dance” because the Aztecas (Mexi’ca) where always in the minds of the people of Mexico.

In the mid 1970’s La Danza Conchera/Azteca arrived in the U.S. first to California and Texas, and then to the rest of the U.S. Our Maestro General Florencio Yescas brought La Danza to San Diego in Dec., 1974.

Chicanos quickly saw the spiritual, political, and educational power of La Danza. La Danza north and south of the U.S. border keeps evolving, while vigorously holding on to the main, ancient indigenous roots of the ancestors.

La Danza Azteca is a living, evolving, cultural tradition filled with the artistic, spiritual and military traditions of the Precolombian Aztecs, their neighbors, AND their post-conquest Mestizo descendants. It is a form of prayer, individual, and yet communal.

It is a way of life, all encompassing. It is a form of ancestor worship, and a way of communicating with the future yet unborn. It is NOT just a modern folk dance tradition. In reality La Danza Azteca is closer to a church service, than to a ballet performance.

La Danza Azteca is a form of communication. It is a rich blend of music, choreography, poetry, theater, and most importantly of all, of deeply held spiritual faith. La Danza Azteca is a culmination of fifty thousand years of cultural celebration within the valleys and forest of central Mexico. It is ancient and anachronous. It is modern and futuristic. It is as old as the ancient alpine forests of Mexico, as current as the urban jungles of Aztlan. It owes as much to the ancient gods of Moctezuma as it does to the saints and virgins of Cortez. La Danza Azteca is kinetic prayer.

Using brilliant colors in their uniforms, headdresses, and musical instruments, the Azteca dancers communicate across generations, sacrificing their bodies, their economic abilities, and even their limited socio-political power, to carry on a tradition which they have been entrusted with.

Each dancer according to his or her age, agility and physical stamina, dances in cohesive unity to create prayer: kinetic, powerful and emotional. The prayer is carried within the dancer’s heart and without the dancer’s consciousness.

The Azteca dance tradition is a climax of thousands of years of cultural wars, conquests and ultimately, survival. This is perhaps the greatest legacy of the Azteca dance tradition. Through the dance steps, drum beats, and ceremonies, the memory of ancient peoples survives into the 21st century. Through this tradition, the largest indigenous nations of America (the Mexican and Chicano Nations) find new spiritual, cultural, political and economic power. 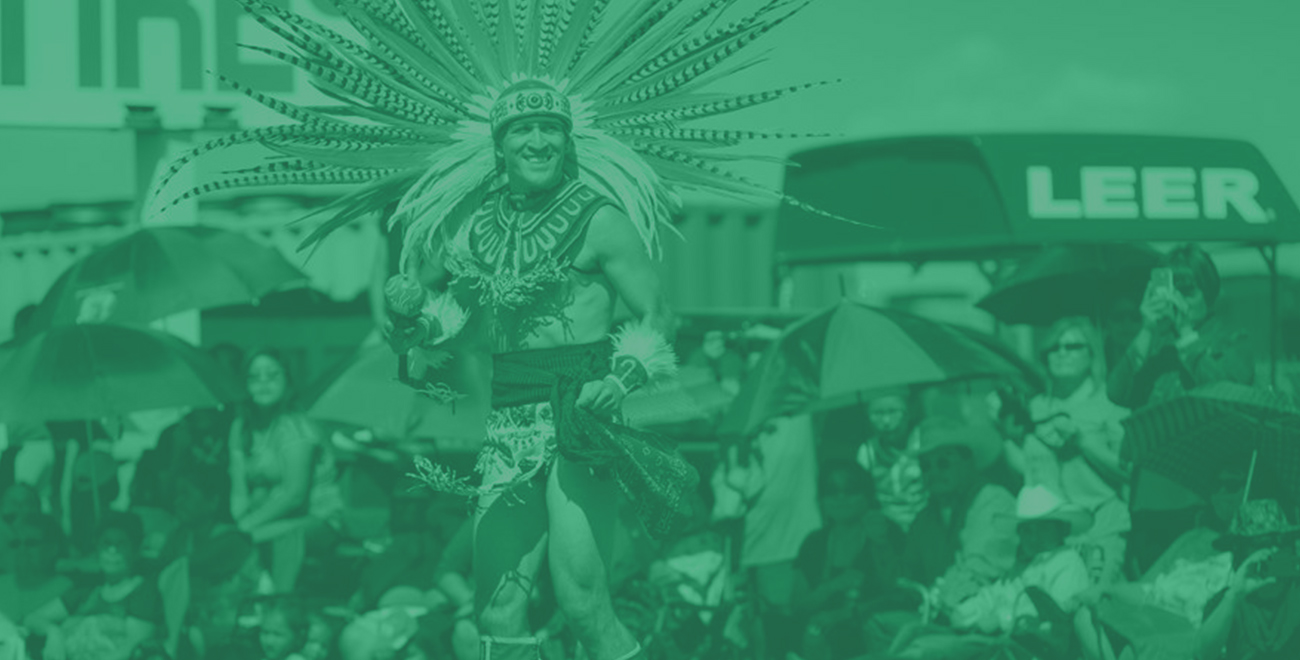