The difference between a true “TRADITIONAL DANZA CIRCLE (or Calpulli, Teoyahualli, Palabra, etc.) is ORGANIZATION. A true palabra is one that will outlast its founder, sometimes for over a hundred years. Gourps that are based on a cult of personality or on a focus on making money with the danza fail in this way to be a part of the ancient legacy of LA Danza Tolteca-Chichimeca-Azteca-Conchera. Below we explain what these “palabras” (words or concepts) MEAN TO danzantes, And how we are carrying them out.

Mesa: The word “table” is used interchangeably with the words “palabra,” “cuartel general,” and “oratorio.” In La Danza Azteca, a traditional group, headed by an acknowledged Capitán or Capitana, must have an altar where every ceremony begins and ends. This altar is usually in a special room in the leader’s home and is called the “oratorio” (oratory). In this room is the mesa or “table” where the altar is kept. The word mesa also means the ruling hierarchy of a group the Capitanes, the Malinches, the Alférez, and the Sargentos.

Cuartel General: These words in Spanish mean “the general quarters.” Every traditional Danza group is organized as a military unit. Its headquarters, where the group keeps their standard, their weapons (musical instruments and candles), and their relics is also known as the “oratorio.” From the Cuartel in the dance group leader’s home, the group departs to go into battle (the dance rituals). See Oratorio, palabra, mesa. Dance/Danza: For my study, the capitalized word “Danza” means the Aztec Dance.

Oratorio: The word “oratorio” is used interchangeably with the words “palabra,” “cuartel general,” and “mesa.” In its simplest sense, it is a physical space where the Danza group is centered. The group’s altar, weapons (musical instruments) estandarte, and relics are kept there. In its sense as a third space of identity, it is a room that is alien to normal Euro/African-American concepts of home décor and function. The oratorio is an enlarged and expanded version of the Mexican home altar. Persons, who are proud of their Mexcoehuani roots, usually have some type of altar in their home year round, even if they do not practice any religion. The altar is an identity marker. For the Danza group leaders, the oratorio further delineates their roles and obligations as leaders of spiritual warriors with an ancient lineage. 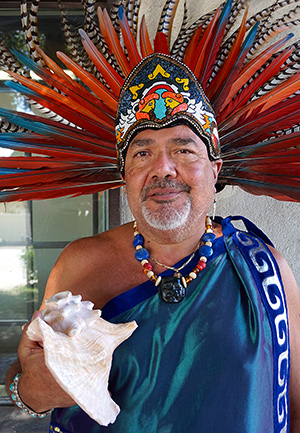 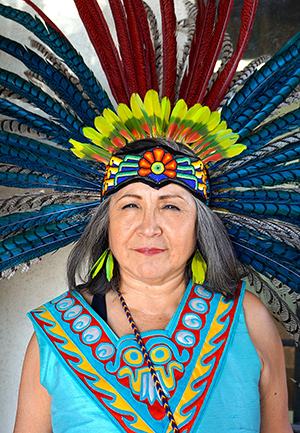 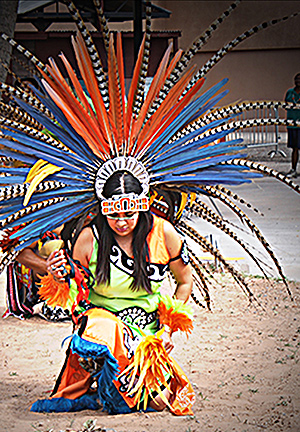 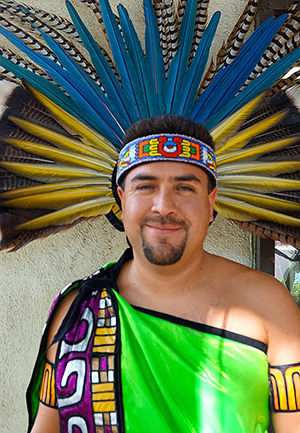 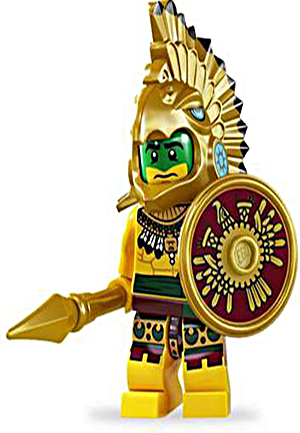 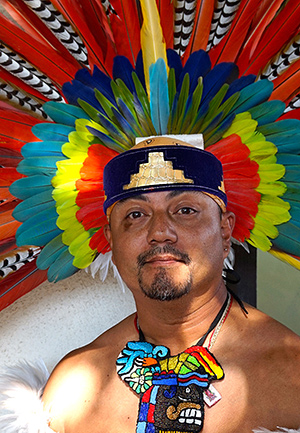 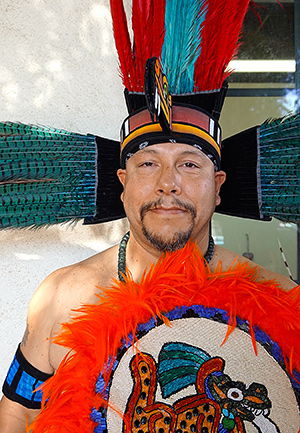 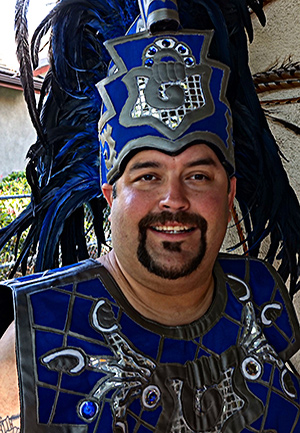 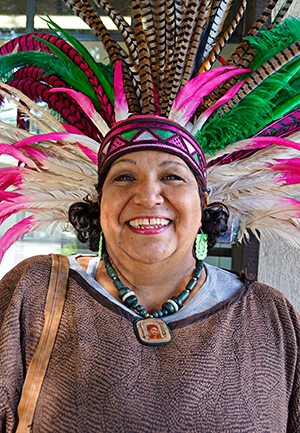 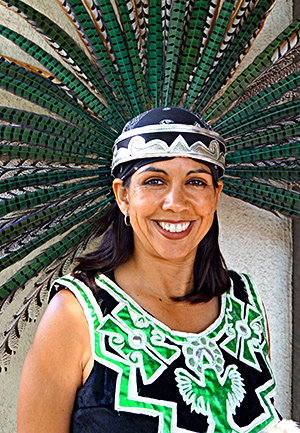 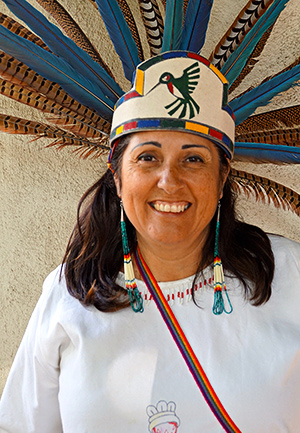 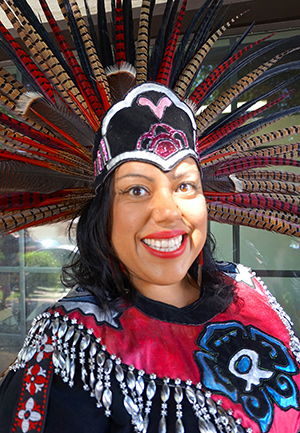